Former cricketer Shoaib Akhtar broke silence over ‘baseless’ reports claiming that he was in love with Bollywood actress Sonali Bendre.

The speedster took to his YouTube channel to clarify there’s no truth in the rumours that are afloat. Some reports claimed that Akhtar was in love with the star, carried pictures of her in his wallet and wanted to kidnap her.

The cricketer claimed that he was never a fan of Bendre but has seen her in a few films. He also said that he never met the actress. 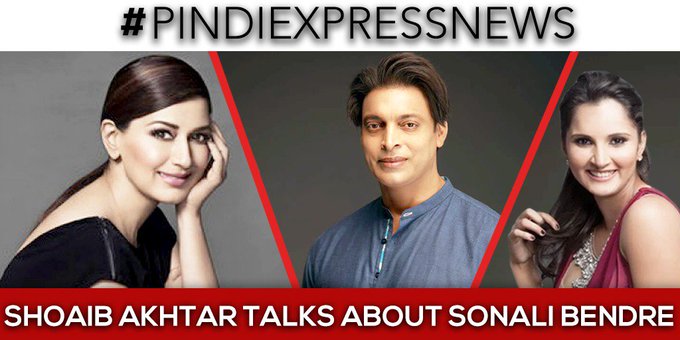 Time to break the silence for the first and the last time, watch full video on my YouTube channel: http://bit.ly/ShoaibAkhtarRevealstheTruth …

He, however, admires her for her struggle against cancer and for being a role model for other women. “When she fell ill and I saw how she fought her illness like a courageous woman, I became a fan of hers,” Akhtar said. He added that “Sonali Bendre has led the way for other women to be brave to get through difficult times.”

The fast bowler also denies having pictures of the star in his room. He said ” There used to be only one picture in my room and that was of Imran Khan .”

Akhtar said he wanted to put an end to the controversy and show gratitude to Bendre for inspiring others through her fight with cancer. He also said that the speculations of him getting married to Dia Mirza are false.

Man arrested over throwing acid on her wife in Lahore