NAB slams ‘fake’ video against chairman, calls it an attempt to blackmail

A scandalous audio and video aired by a private news channel against NAB chairman Javed Iqbal has been slammed but the anti-graft watchdog in a press release, labeling the video libelous, propagandist and fake. 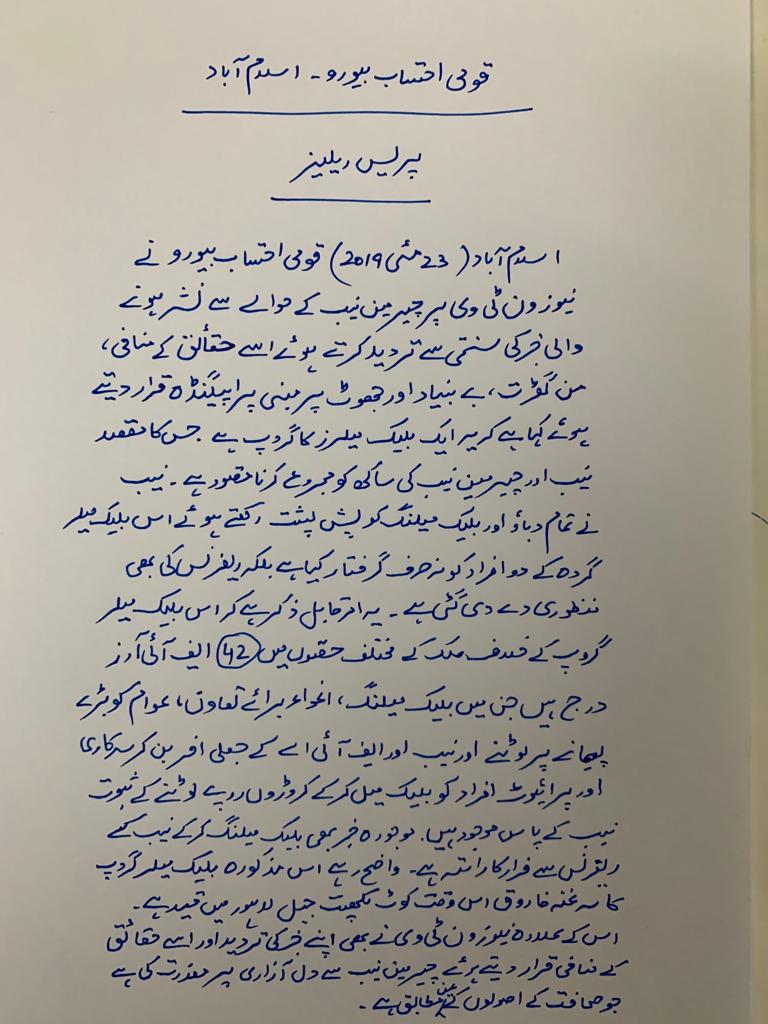 Chairman  NAB Justice retired Javed Iqbal has issued a press release via the National Accountability Bureau debunking all claims, labeling it an attempt to blackmail the institute over ongoing corruption investigations against the organization

A local tv aired the audio and video clips of his alleged inappropriate interactions/conversation with a female.

The woman in the video alleged that she had been threatened with NAB inquiries if she failed to follow suit to Iqbal’s wishes.

The press release on the matter details 42 FIRs registered against the local tv channel.

NAB has claimed that the concocted video is an attempt to discredit the good name of the Bureau and a feeble attempt to divert attention from the media group’s impending corruption inquiries.

The press release also claimed the arrest of former CEO of the media enterprise, Umer Ahmad pertaining to corruption.

The media channel disregarded due process and aired the story bringing damage to the foremost accountability institute of the country, the press release further entailed.