MUMBAI: Kangana Ranuat, has not ended up with her ongoing feud with her B-Town opponents as she apparently pointed fingers over Ranbir Kapoor and Alia Bhatt this time over allegedly leaking video of her riding a mechanical horse while shooting for ‘Manikarnika: The Queen of Jhansi’.

Ms Ranaut had become the laughing stock after the video went viral on social media platforms.

The actress has just taken a break after a busy shooting schedule for her next flicks, ‘Mental Hai Kya’ and ‘Panga’ and staying at her home in Manali when she broke her silence over the matter.

While being interviewed by Mumbai Mirror, the 32-year-old actress revealed that she knows who leaked the video. She said that the two people were ‘nepotism gang’ members of director Karan Johar who had leaked it. Not only this, Ranaut further claimed that two people could not learn horse-riding and so are jealous of her.

Ranaut was quoted as saying, “I know who released that video. Two other actors of the nepotism gang were also learning horse-riding at the same place as me. They practiced for one day and got so sore that they didn’t return. I was galloping and doing all sorts of stunts. The wooden horse was only used for close-up shots. Just because they cannot ride a horse they got jealous of me and released the video.”

Taking one step forward in launching fresh attacks on Kangana’s Bollywood contemporaries, her sister Rangoli Chandel shared pictures of the duo on her Twitter account to help people to guess the identifications which turned to be look-alike of Ranbir Kapoor and Alia Bhatt.

These two pappus had to learn riding for their upcoming love story, they went for one day got so sore never came back again, Kangana fell from horse 3 times after various injuries and invested whole year of hard work to get galloping…(contd) 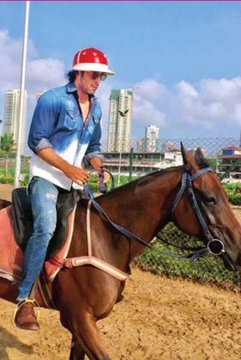 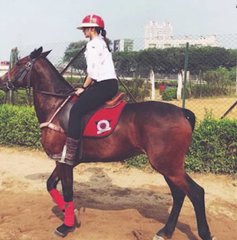 289 people are talking about this

(Contd)….and action right on a horse back, this is a proof, pappus can never work as hard as hungry bhukhhad outsiders, abhi tunhari jalti hai toh main kya karoon

, pls prove me wrong show me one vidoe of pappus galloping

157 people are talking about this

Earlier, Bollywood star Kangana Ranaut had been trolled more when this BTS video from her latest release ‘Manikarnika’ went viral on the internet.

Kangana, who played Rani Lakshmibai (one leading figures of the Indian Rebellion of 1857 and a symbol of resistance to the British Raj in Indo-Pak) in “Manikarnika: The Queen of Jhansi”  can bee seen riding a horse during a war scene in the movie. 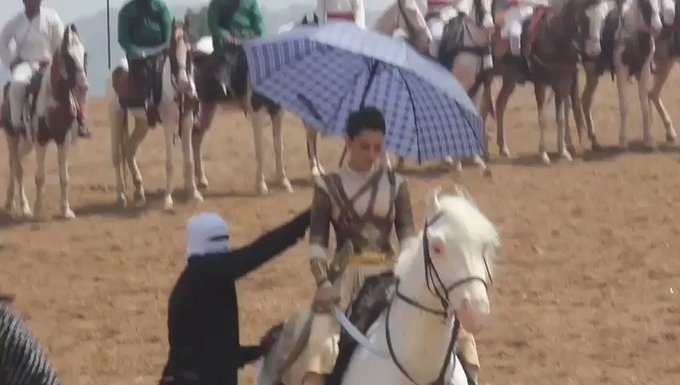 3,142 people are talking about this

The horse, however, turned out to be a mechanical one in the end, thus generating a lot of laughs on social media.

No room for error after India loss, says Pakistan’s Wasim

Men in Black: International and Shaft disappoint at box office