Fawad Chaudhry, in his latest messages on Twitter, criticised emergence of disputes which emerge every time during moon sighting to declare the initiation of a new month of the Islamic calendar in accordance with lunar crescent despite the presence of modern technologies.

While giving an answer to a user’s question, he was of the view, “The decision for running the country cannot be left singularly on maulana [religious figure].”

He said that “By this way, the process to establish Pakistan did not happen as all renowned clerics had opposed the establishment of Pakistan who also termed Mr Jinnah as ‘Kafir-e-Azam [infidel]”

Chaudhry said that youth will have to take the country forward but not ‘molvis’. He added, “[By the usage of modern] technology, the nation can move forward,” he said.

The federal minister, in his video message, said, “We have always witnessed a controversy on Muharram and Ramadan’s moon sighting. My question is here that why shouldn’t we use modern technologies to make final decision pertains to the crescent sight.” 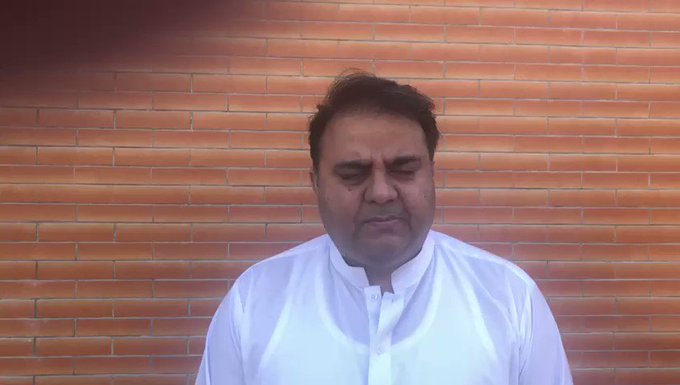 “I have observed that our Ruet-e-Hilal Committee uses telescopes [for moon sighting] which is an older technology. For what reason, we are not utilising modern technologies to sight crescent.”

While making an announcement in this regards, Chaudhry said that the ministry has constituted a five-member committee for moon sighting comprised of Pakistan Space and Upper Atmosphere Research Commission (SUPARCO), Met Department and technology experts to release a lunar calendar for Pakistan by using modern scientific techniques.

“The calendar will be presented before the federal cabinet, which is fully authorised to accept it or reject it. However, the ministry preferred to generate our own lunar calendar for Pakistan.”

In another tweet, the minister detailed that the newly-formed committee will initially release lunar calendar for the next 10 years which would be helpful to end longstanding disputes on moon sighting across the country.