Reacting over Miss Aurangzeb’s video released on the Twitter, Faisal Javed wrote on his Twitter account that, “Thx for posting it as it’s self-explanatory. Countable ppl abt 500 & I am exaggerating for sure Doesn’t matter how many times u post-this-It won’t multiply. Now Get to ur next scheme of telling lies.”

A 9sec clip covering the entire story. Ths video in itself saying pretty much of it.Thx for posting it as it’s self explanatory.Countable ppl abt 500 & I am exaggerating for sure Doesnt matter how many times u post this-It won’t multiply. Now Get to ur next scheme of telling lies 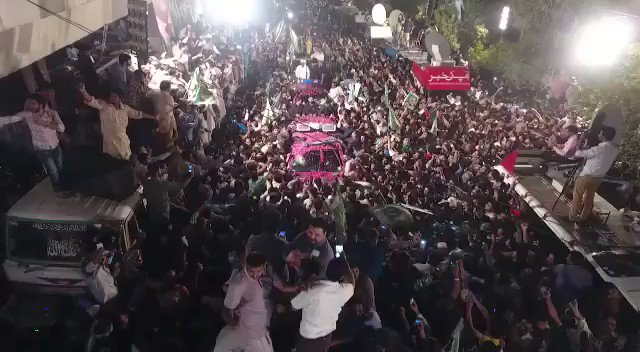 It may be recalled that PML-N took out a rally to escort party supremo Nawaz Sharif back to the Kot Lakhpat jail after expiry of his bail.

PML-N claimed claimed there were thousands of the supporters in the daily, however the facts and figures released by the government said there were only 2500 people in the rally.